PAPUA NEW GUINEA FOR NOW AND INTO THE FUTURE

Through Kumul Petroleum Authorization Act 2015, KPHL is mandated to protect and maximize the value of the Country’s petroleum assets so that it can contribute to the maximum wealth for the people of Papua New Guinea.

Since its inception in 2009 as NPCP Holdings, the NOC was operating as a commercial entity with its core commercial interest being its participation in the PNG LNG Project.

KPHL is currently responsible for managing the State’s 16.57% equity in the US$19 billion PNG LNG Project through its subsidiary Kumul Petroleum (PNG LNG) Limited; becoming the 3rd largest partner in the largest single investment made by the nation to date.

KPHL has great potential to grow as a National Oil and Gas Company (NOC) because PNG has high oil and gas resources and largely because KPHL is the legislated State nominee and can always exercise its option for a 20.5% stake in every project.

Consistent with its vision, KPHL will continue to create value and opportunity for PNG and its people by becoming a major national oil and gas corporation.

This means "creating wealth and opportunities for Papua New Guinea now and into the future". 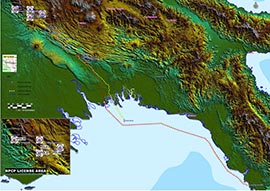 Kumul Petroleum is the State's nominee in the ExxonMobil operated PNG LNG Project (the "Project") in accordance with the Oil & Gas Act 1998... 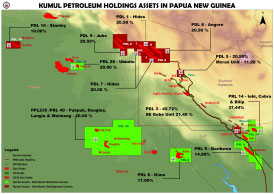 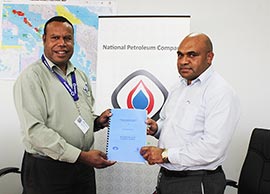 Kumul Petroleum, together with its partners, is leading a commercial project to purchase gas from the PNG LNG Project and supply the gas to PNG Power ... 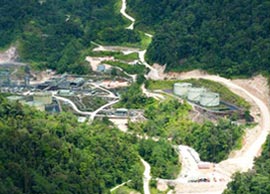 Through its co-ownership in PDL 1, Kumul Petroleum together with the PDL 1 partners, jointly sell gas to the Oil Search wholly-owned ...

The annual Tufi Tapa and Tattoo Festival to be held from 12-13 March 2022 encourages the preservation of Tufi’s...