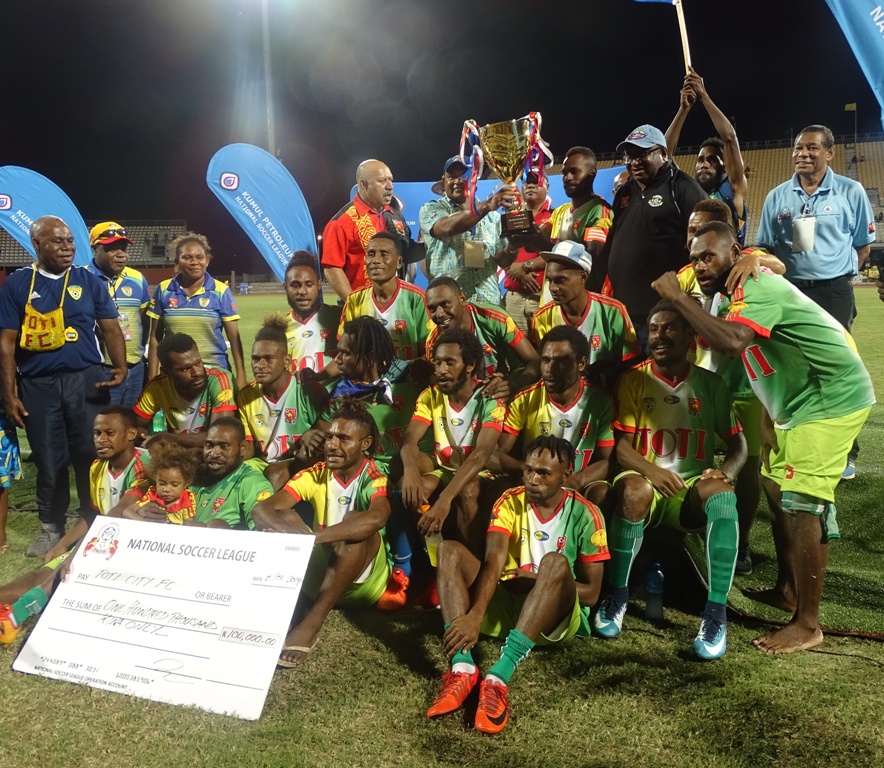 Toti City Football Club were the proud winners of a K100,000 cheque as grand final winners

The Kumul Petroleum National Soccer League has offered big price money for Clubs to fight for in this year’s competition.

“This has never happened before since the birth of NSL IN 2016. This year alone, NSL got the biggest prize money on offer and all thanks to Kumul Petroleum Holdings Limited for stepping in and supporting the National Soccer League in the country,” said Ank, who is also the Highlands NSL games Commissioner.

Ank said the prize is the biggest even with the franchise clubs paying either less or half the prize money as their registration fees.

“Compared to other followed sports like rugby league, basketball or others do not get that kind of money as their prize money. I think it is the leadership of John Kapi Natto that is bringing confidence back into football,” Ank said.

Runners up MRDC Hekari United FC settled for K50, 000 with a trophy while Morobe United FC pocketed K30, 000 for the third and fourth placed Eastern Stars FC got K20, 000.

“This is the biggest prize monies on offer and we want to thank KPHL and PNGFA president John Kapi Natto for his vision and partnering with KPHL in bringing football to all corners of this country. We look forward to bigger better season next year,” Ank said.