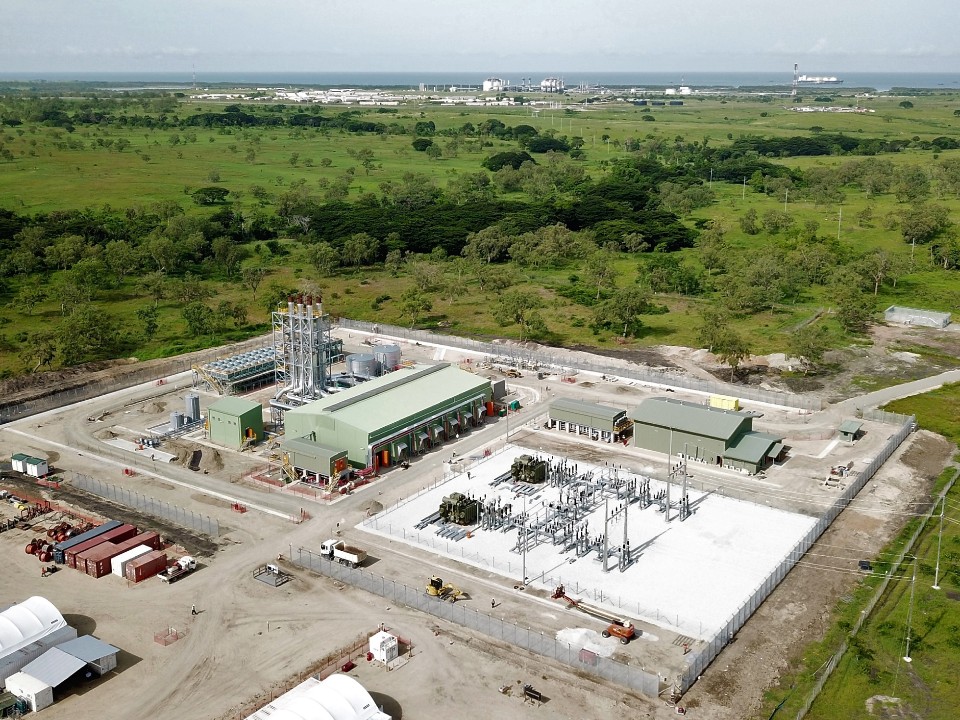 Photo credit – NiuPower Photo shows the power station with the PNG LNG Plantsite in the background. The Plantsite will provide LNG to generate NiuPower.

The switching by PNG Power Limited (PPL) to the new gas-fuelled power station being developed by NiuPower outside Port Moresby is expected to save PPL millions of kina annually.

NiuPower’s CEO, Richard Robinson said PPL had advised that the power station would save around K100 million annually. It will also reduce the adverse environmental impacts of power generation for Port Moresby.

Mr Robinson said NiuPower was currently around 65% complete with the commissioning and testing program happening in parallel with finalisation of non-critical works like fencing, drainage and gravelling.

“We expect to be in a position to provide power to PNG Power Limited on a commercial basis around the end of March this year,” Mr Robinson said.

He said there were still some non-critical finishing touches to be made to complete the NiuPower station.

“Our schedule to commence commercial operations has always been before the end of March 2019 and that remains on track.”

NiuPower is a corporation with two shareholders whom each hold 50%.