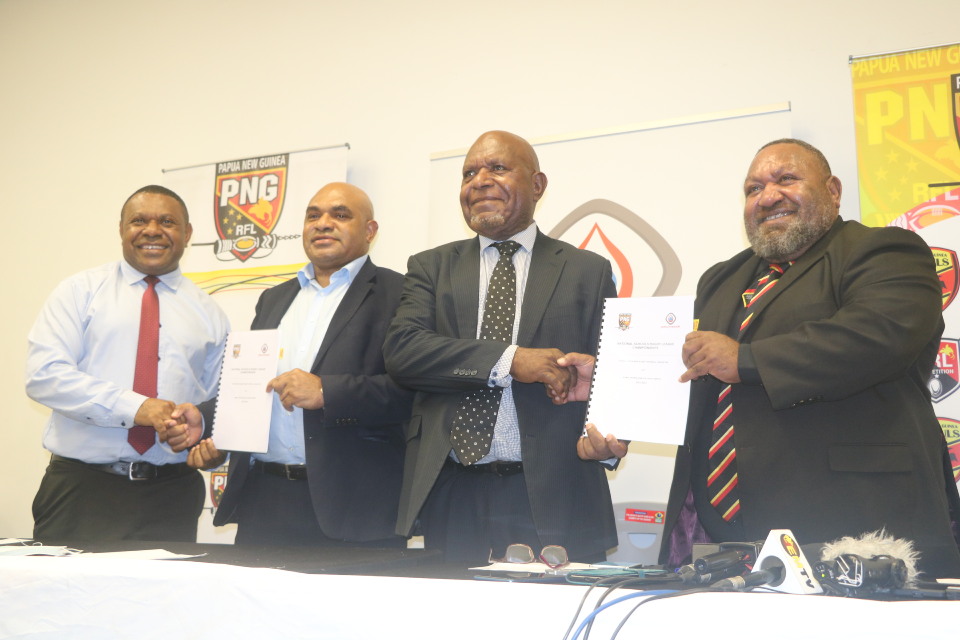 Dr Yaru is a Founding Director of the KPHL Board since 2013 until his recent elevation as Chairman of Kumul Petroleum Board of Directors.

He was an Associate Professor (adjunct), at the Institute of Applied Ecology, University of Canberra, ACT, Australia from June 2007 - June 2015.

Chairman Tsaka said Dr Yaru’s academic achievements and qualifications and more than 30 years of experience in a variety of challenging positions related to the petroleum and mining sectors in both Operational Management and Consultancy roles places him in good stead to head the National School’s Rugby League program.

“A role model and example on the importance of acquiring knowledge and education which school children and youths can aspire to and learn from,” Tsaka said. “Apart from his academia and business life, Dr Yaru is an avid follower of rugby league through his association with Kroton Hela Wigmen as naming rights sponsor in the Digicel Cup competition, PNG Hunters, and other rugby league programs.

Mr Tsaka reiterated that Dr Yaru has always been involved with rugby league as a players and coach of the Tarangau RFL Club of Lae from 1983 to 1991 and later with Tabubil Rugby League Club in various capacities from 1993 to 1996. He is familiar with the game and brings a wealth of experience to this position.

Chairman Tsaka said dates of the 2021 KPHL Schools Confederate and National Championships as well as other plans and programs will be announced as soon as Dr Yaru and his EMB meets.

“The PNGRFL Board, management and staff welcomes Dr Yaru and we look forward to developing Rugby League in schools and students with the support of KPHL to higher levels,” Tsaka said.

National Schools Rugby League Board Chairman Dr Ben Yaru said he looked forward to the development and meeting the challenges of the National Schools Program ahead and thanked the PNGRFL Board for the confidence in him.

“I am honoured to be appointed the inaugural chairman of the National Schools program in PNG and am excited to be head of the development of boys and girls in schools for a future to higher levels in the sport of rugby league,” he said.