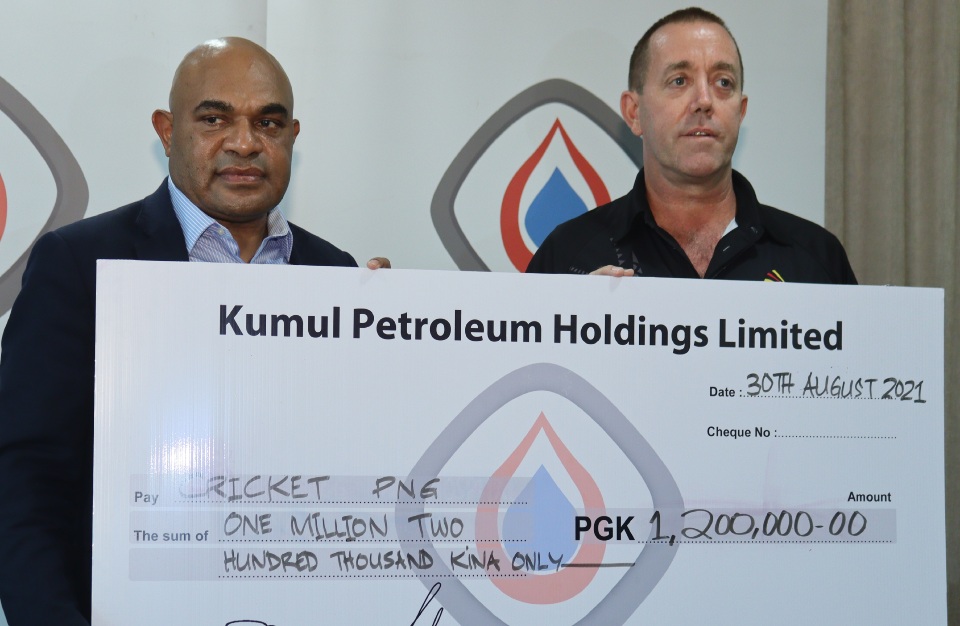 Papua New Guinea’s national oil and gas company (NOC) takes on naming rights as brand sponsor for a 12 month period from 2021-2022 for the duration of Papua New Guinea’s aspirations to the T20 World Cup for both Men’s and Women’s Cricket. The deal includes branding on the respective team training and travel uniforms, branding throughout its facilities during any Cricket PNG International home games and access to the team and players for the promotion of its brand.

Kumul Petroleum Managing Director Wapu Sonk said: “On behalf of the Board and Management of Kumul Petroleum, I would like to convey our pleasure to support the PNG Barramundi’s as they put our country on the world stage with their attendance to the internationally recognised cricket tournament.”

“Kumul Petroleum as the country’s national oil and gas company (NOC) supports the national cricket team as qualifiers for their first-ever World Cup attendance. We relate to this, as we ourselves also move into exploration and expand our role as operator of our country’s own petroleum assets. We are therefore proud to venture out together and lift our country’s profile at such an international sporting stage”, Mr Sonk said.

Kumul Petroleum has been a sponsor of Cricket PNG over the years and as recently as last year, 2020 supported the team in its preparations leading up to the T20 World Cup, but today’s announcement is a “significant expansion” of this long standing partnership, Kumul Petroleum said.