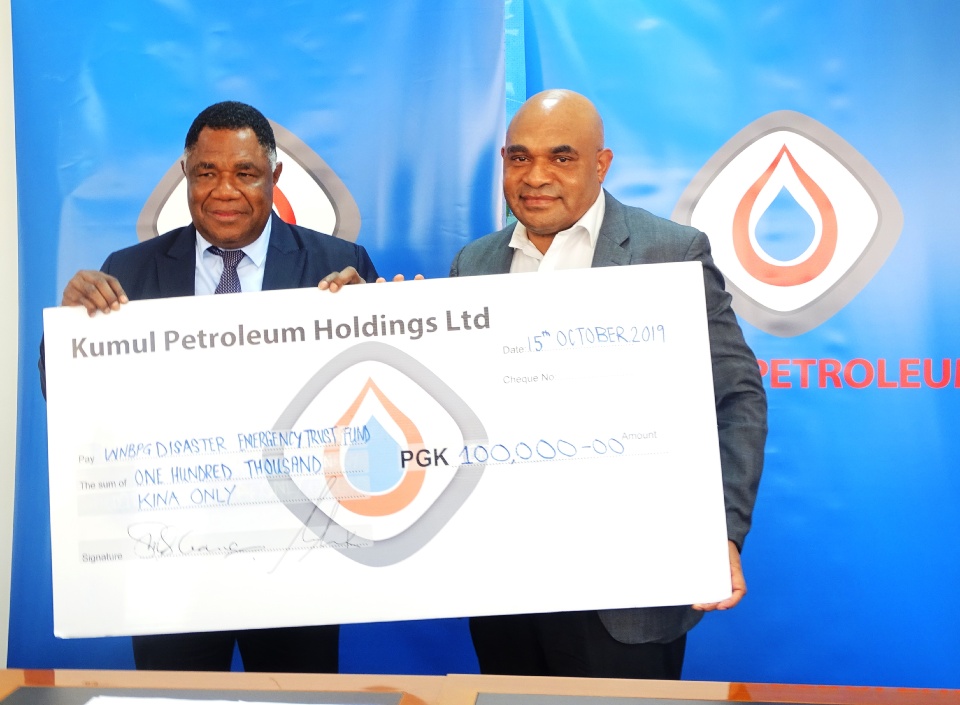 The presentation was made to the Member for Talasea and Governor of West New Britain, Mr Francis Maneke.

Mt Ulawun volcano began erupting and spewing continuous smoke since June this year and has displaced communities to care centres which are being administered by the West New Disaster and Emergency Division.

In addition to the volcanic eruption, heavy rains and floods have damaged three bridges – Giriti, Luvi and Uvai – making it impossible for relief assistance to reach affected communities.

Mr Maneke said over 11,000 people were affected by the volcanic disaster and an estimated K1 million was needed to provide rations, shelters and water sanitation to the people living in seven care centres.

“The care centres are currently updating their data to effectively monitor and coordinate relief supplies due to the influx of people moving out of their communities in fear of recent volcanic avalanches and heavy ash fall, “ Mr Maneke said.

So far there have been three eruptions since June this year and the West New Britain’s relief work has centred on logistical support and food provisions, Mr Maneke said.

He appealed to people living in other parts of the country to assist the relief program, and also highlighted the importance of other provinces having disaster plans in place to cater for such incidences as that being faced by his province.

Mr Maneke said; “Whilst we face uncertainty, we are committed to assisting out people as we cannot do it alone. Support in cash and kind from Government, corporate sector, churches, non-governmental organisations, our own citizens and international community have been overwhelming and a Godsend. Thank you for your commitment to our people.”

Managing Director for Kumul Petroleum, Mr Wapu Sonk said Kumul Petroleum had assisted communities affected by disasters in other parts of the country and would continue to do so when required.

“We supported a similar request from East Sepik province with K50, 000 when the Kadovar island volcano erupted last year displacing communities to the mainland. We also gave K50 million towards the earthquake relief work in Hela, Southern Highlands, Western, and parts of Enga province in 2018.”

Mr Sonk said, “As the National Oil and Gas Company, we are pleased to assist the victims of Mt Ulawun disaster which has displaced communities that are now living in care centres. We hope that this donation will assist in bringing about normalcy to the livelihoods of people who are affected.”