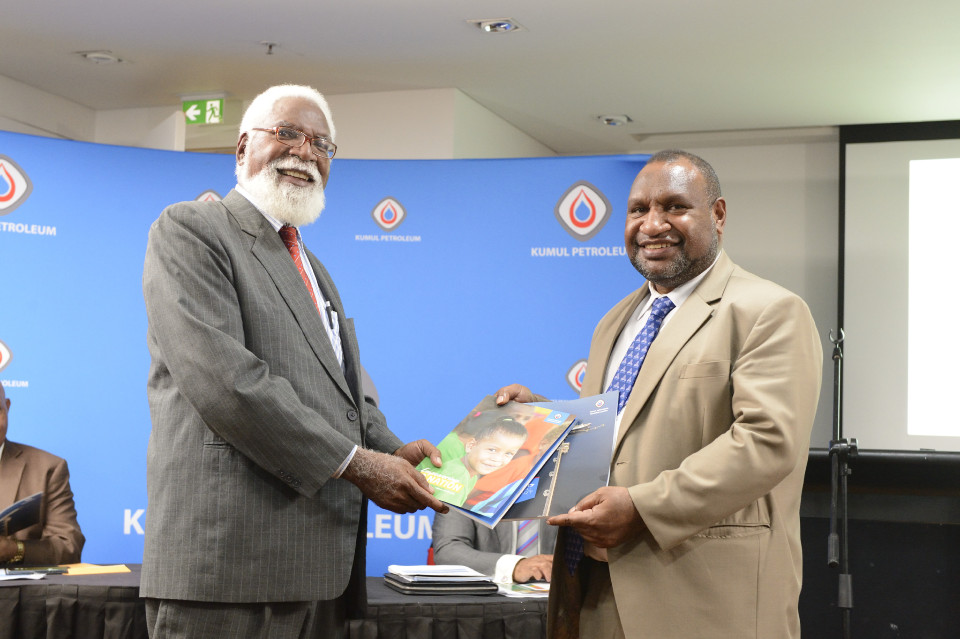 PNG’s National Oil and Gas Company Kumul Petroleum Holdings Limited (Kumul Petroleum) has remitted over K4 billion to the State between 2014 and 2018 in dividends, return of capital, UBS related cost, taxation and other corporate social investments.

This was disclosed at its 2018 Annual General Meeting in Port Moresby, attended by Prime Minister James Marape today, in his capacity as the Trustee Shareholder of Kumul Petroleum for, and on behalf of the eight million people of Papua New Guinea.

Mr. Baing said the K4.2 billion Kumul Petroleum support to the State over the last five years (2014 – 2018) was in the following payments -

The Chairman said that the figure represents 78% of cash available to Kumul Petroleum from PNGLNG Project and other revenue sources like the Hides Gas to Electricity Project, Moran Oil (Eda Oil), and others.

The balance of the funds had been reinvested over the last 5 years in Kumul Petroleum, in PNG, and the People of PNG through the following initiatives:

Mr. Baing also revealed that Kumul Petroleum’s remittances represents over three times the total tax paid by PNG LNG Project to Internal Revenue Commission over the same period (2014 – 2018). This reaffirms the value of Kumul Petroleum to the People of PNG, and more so where the People have direct equity in resource development Projects.

In addition to the Dividends Kumul Petroleum also paid K300 million as a Return of Capital plus over K100 million in Corporate taxes to the State. In total these amount to over K700 million delivered in funding PNG from its investment in the Oil & Gas sector in 2018.

Finally the Chairman announced a further dividend for 2019 of K100 million bringing the total dividends to date for 2019 to K200 million.