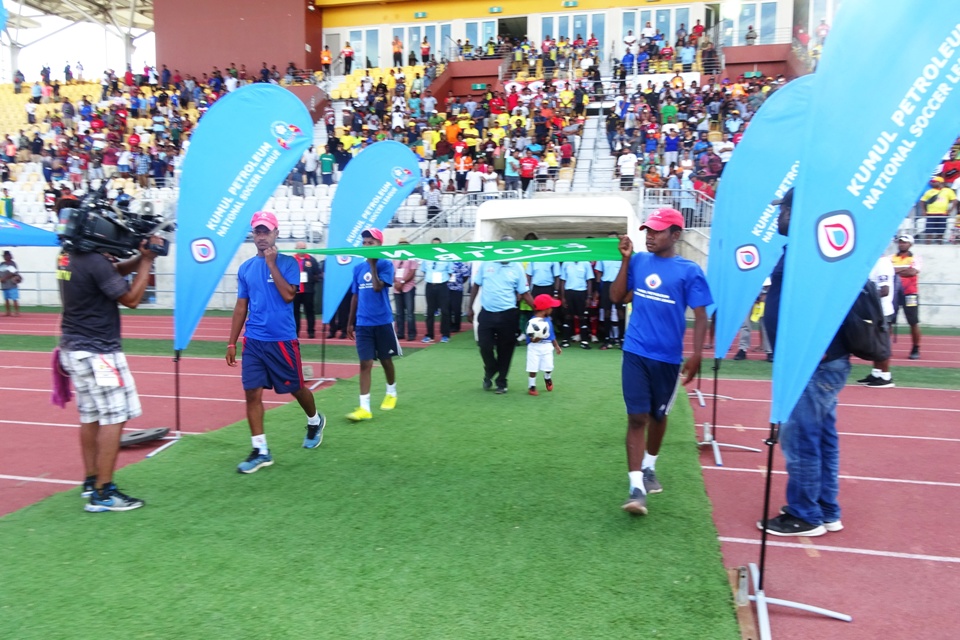 Kumul Petroleum Holding Limited will continue its partnership with the PNG Football association for another year.

The revelations were made during the KPHL National Soccer League grand final between Toti City Football Club and MRDC Hekari United Football Club at the Sir John Guise Stadium on Saturday evening (June 1 2019).

“ As a national oil company, we are proud and happy to partner with the PNGFA through the National Soccer League as it is played right throughout the four regions of the country,” KPHL managing director  Wapu Sonk during the presentation ceremony.

PNGFA president John Kapi Natto thanked Sonk and his staff for the great support given to football in PNG.

“Without Kumul Petroleum Holding’s supporting, the NSL would not have come this far. In fact, NSL would have been dead if KPHL didn’t step in to support this year.

I am humbled and thankful for the kind gesture KPHL has given to soccer in the country and we look forward to that partnership in the years to come,” Kapi Natto said.

He also thanked Kumul Telikom PNG Ltd for the live coverage of the NSL grand final.

“I know people had doubts that this concept would never work. It was our dream to spread football right across the country with the support of KPHL, we were able to deliver and today marks the special day with the finals fulfilling what we’ve planned and wanted to do for soccer in the country,” Kapi Natto said.

“With KPHL support and the partnership, I believe football will grow big and touch all corners of this country.

Critics have been proven wrong and we’ve delivered a successful season today as witnessed by thousands that have come to watch the grand final between Toti City FC and Hekari United FC.